/ About Us / Board of Directors 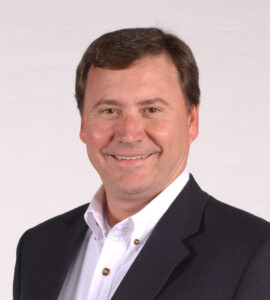 Greg Lockhart is originally from St. Marys, GA. He attended the University of  Georgia for his BS in Microbiology and Emory University for a Masters in Public Health in Epidemiology. For seven years he worked for the Georgia Department of Public Health, Rome Health District, as a community epidemiologist and public health planner. Returning to St. Marys in 1996 to rejoin his family’s printing business, Greg and his wife, Sue, purchased the business in 2004. They expanded into Nassau County with the purchase of Hamilton Press in 2012 and Amelia Island Graphics in 2020. The businesses combined and operate under Launch Printing and Graphics.

His family attends Our Lady Star of the Sea Catholic Church where Greg served on the Finance council for 8 years (5 of those as President). He is the current President of Camden House Domestic Violence Shelter, Past President-Elect of Rotary Club of Camden County, and a Past President of the Kiwanis Club of St. Marys.

He and Sue have two sons, Jared and Connor. 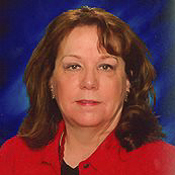 Rachel began her education at Abraham Baldwin Agricultural College earning a career diploma.  While living in several Georgia communities she attended the University of Georgia and Kennesaw State University, eventually earning advanced degrees from Valdosta State University.  She began her career as an educator in Camden County in 1987 teaching at the middle school and college level.  During most of her career she coordinated internships, co-ops, apprenticeships and post-secondary dual enrollment for high school students.

Her experience both as a student and educator strengthened her passion to advocate for a brick and mortar technical college to serve Camden County and contribute to developing our local workforce.  Since 2006, she has served as chair of the Camden County Workforce Development Committee and participated in numerous projects focused on diversifying Camden’s workforce through academics, technical skills, work readiness, experience and occupational outlook.

She keeps up with numerous Georgia communities through her sewing and quilting interest along with regular trips to North Georgia to spend time with her two grandchildren, Jack and Janie. She is very proud of her son, Mack Baldwin, Principal of Oglethorpe County Middle School in Lexington, Georgia. 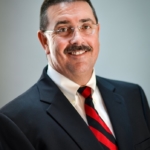 Jim Lomis is currently a Senior Vice President / Commercial Lender at Southeastern Bank where he serves the Camden County, Ga., and Nassau County, Fl. Markets.  Prior to joining Southeastern Bank in  2012, he spent over 20 years with Synovus Financial Corporation.  Jim was born in Tennessee, but spent the majority of his formative years in South Georgia.  He moved to Brunswick, Georgia when his father was stationed at NAS Glynco prior to retirement from the Navy.  Lomis graduated Brunswick High School and went on to the University of Georgia where he majored in Economics and earned a Bachelor of Science degree.  He started his banking career immediately following college and  has over 30 years of banking experience including management, retail & commercial lending and credit administration. 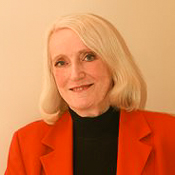 Tanya Glazebrook’s business experience includes 25+ years as a CEO in both profit and non-profit corporations. She obtained a BS from Indiana State University in Journalism and English and began an early career as an investigative journalist before interests led her to participate in the executive management program at Harvard that set the stage for a corporate CEO ladder track.

As a young reporter, she left the snows of Chicago to accept a public relations job at Cape Kennedy, Florida during the Apollo missions and then moved on to Los Angeles, Cincinnati, and San Francisco for executive marketing and fund raising positions.  During that time she raised more than $250 million and won a television Emmy for writing and producing a Phil Donahue special. She was the first woman appointed as President and CEO of a major market United Way and served seven years in that post in Dade County, Florida during turbulent times. Next she spent five years as President and CEO of a Miami based international strategic marketing firm and then ten years as President & CEO of a California based multi million dollar international health information company with operations in 10 countries.

Carefully selecting Camden County as a spot for retirement, she wanted to be involved in community activities that would enhance the economic growth and vitality of Camden County as a vibrant coastal community which led to her appointment to the Joint Development Authority. She has served as a member of the St. Marys Master Plan Steering Committee and chaired the city’s Senior Services Task Force. She also serves on the city’s Ethics Commission and is the Secretary/Treasurer of the Hospital Authority of St. Marys.

She continues working part-time as a freelance writer and political consultant. 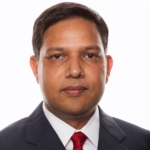 Chandra B. Yadav is a small business owner in Camden County, Georgia. He serves on the board of the Kingsland Development Authority (KDA) as Vice Chair, Kingsland Downtown Development Authority (KDDA), Kingsland Tourism as Chair, Camden Partnership, the Camden County Chamber of Commerce, Georgia Chamber, and Coin Operated Amusement Machine (COAM) as Secretary. He served on the Small Business Development Center (SBDC) board in 2013-2014. He also attended Camden Leadership 2010, Southeast Georgia Leadership 2018 and Leadership Georgia 2018. CB earned his bachelor’s degree in Computer Science & Engineering. He and his wife Sugandha have two son’s, Aditya and Shivansh Yadav.

Daniel “Danny” Wheeler has lived in Camden County since 2005.  He is a successful real estate investor and developer and has successfully owned and operated several businesses in Camden County, he has also been a licensed real estate broker since 2008.  Danny has been a part the Planning and Zoning Commission in Kingsland for 10 years and has served as the Vice President of the Habitat Board since 2019.  Danny and his wife, Shelly, have beautiful children and say they love Camden County.  He says he enjoys serving on the Joint Development Authority Board because it gives him an opportunity to serve the community that has provided so much to him and his family. 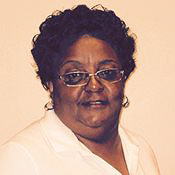 Ms. Mitchell is a lifelong resident of the City of Woodbine. She is a graduate of Camden County High School and Savannah State University with a degree in social work. She is currently serving her 5th term on the Woodbine City Council and is presently serving as Mayor Pro-Tem. Ms. Mitchell worked with the Georgia Department of Labor for 34 years and retired as the Career Center Manager for the St. Marys Career Center-Georgia Department of Labor. Ms. Mitchell has served on the Board of the Camden County Joint Development Authority since 1989. She is a member of Zeta Iota Omega Chapter of Alpha Kappa Alpha Sorority, Inc., Advisory Board for the Salvation Army, member of Woodbine Woman’s Club, and last but not least, member of the Ebenezer Missionary Baptist Church, where she serves as Financial Secretary.

Royce has lived and worked in Camden County since 1969.  Royce has worked in the Construction sector, Commercial Fishing Industry & Law Enforcement here in Camden County.  Since 1984 Royce has been employed with Okefenokee REMC headquartered in Nahunta, Ga. OREMC serves electric service to six counties in Georgia and two counties in Florida.

During Royce’s career he trained in several positions and has several certifications in the electric field and Leadership. Royce has held positions in management Including Operation Supervisor for the Kingsland District. Royce is currently the Member and Community Service Representative for the OREMC service area.

Royce has been on numerous boards both locally and regionally, such as the Woodbine Citizens Steering Committee (CRAWFIH FESTIVAL), Chamber of Commerce boards of Charlton & Nassau Counties. Royce has been a board member on the Nassau Economic Development Board for several years.  Royce has been a past board member of Leadership Southeast Georgia (LSEGA) and is currently serving another term.

Royce wants to see Camden County grow with quality and be the best place to live and work.